From Wah!ki
Jump to navigation Jump to search

Seeing if its feasible to use MAME for bbsing, it is and this is roughly how to do it.

Noting I am running a base DOS 6.22 installation CHD with a second storage CHD at drive D:\ where Terminate is installed as such you need to configure both HDDs in the bios as type 47. You don't need to take this approach as C:\ drive is just as good.

Note: I have run into issues between MAME versions where CHDs installed/configured would no longer boot (both CHD version 5) and reinstalling DOS didn't work, but you could boot from a floppy and still use the attached hard drives. A fresh CHD creation and install of DOS was OK.

-p probably isn't really required, but you can hook another console in if you care and watch along

Note: it will auto connect to the tcpser instance at boot
Note: looks like if you connect it as board2 it'll be become com2? 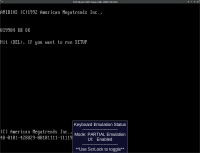 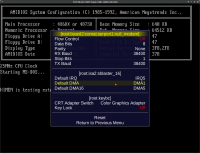 Boot into dos and start Terminate 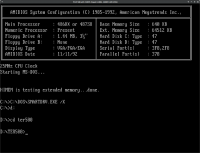 Note: if you are in partial ui mode, go back to full because scroll lock in terminate toggles doorway mode 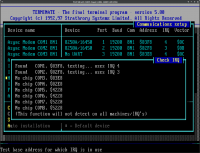 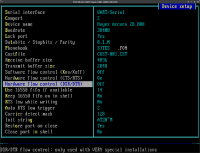 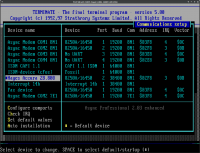 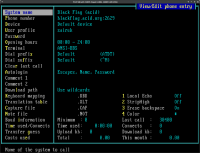 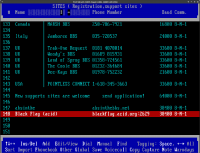 If this is an ANSI based bbs, configure ANSI.SYS in the CONFIG.SYS and reboot the machine or you'll run into all those fun old errors. 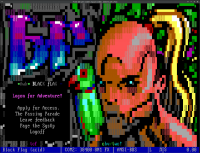 (1)caveats, you can't hang up the call because the bit is always high atm